Time is the most valuable commodity that we possess as human beings. As such, it’s so important to be efficient and maximize that time so that we have time for (yes, in order of importance) :

These are what I consider to be my most important priorities, and when making choices and decisions, these are the filters that I use to determine what stays or gos in my day to day life. Folks often ask me how I manage to do so much, and I answer – it’s because I learned it from my mother, and I try to follow her example.

One of the most important things I learned is to prepare traditional, old-fashioned meals from scratch as often as I can, and to teach my kids how to do the same. 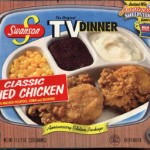 In the late sixties and seventies, my mom was one of those rare women who worked and had a family. With three children, she attended every school thingy we had, baked for the bake sale, worked as a nurse and managed to not only make delicious home-cooked meals each night for us, but have lunch ready too! (Those were the olden days when folks had enough foresight to build schools close enough to communities that kids could walk to, and go home for lunch each day. Also the old days when the only choice for pre-packaged meals were the novelty “Swanson TV Dinners” – a few years before “Tang” and the walk on the moon.) BTW…I miss my Mom. She lives 2000 miles away and we don’t get to spend enough time together. That sucks.

When I think about it, some of the best life-learnings I ever had, came from walking back and forth to school with friends and rival enemies four times a day. Lunch was just the catalyst, and dinner was the gathering spot at the end of the day. Everyone felt sorry for the kids that had to eat lunch at the school out of a brown bag or their father’s hand-me-down metal lunchpail.

I try to make the kitchen a studio that acts as that same life catalyst forty years later for my family and my work. Not only do meals set the tone for the day, but they get all that “stuff” done and out of the way so that I can create, which literally feeds the cycle all over again. It’s healthier. They usually involve the family helping out – choosing, making, prepping, etc. They carve out some time together not only in the making, but in the appreciation, the “sit down”, the relationship building and the love that underpins it all.

I have a few favourite recipes that are a hit, and I’d like to share them with you in hopes that your kitchen can become an artful extension of your Life Studio.

Before there was quiche….there was Ham & Egg Pie.
Efficiency hint: I often get a larger ham so we have leftovers to make Ham & Egg Pie. Much tastier than just grinding up store-bought cooked ham.

1) Make the pastry, roll out and put half of the recipe in the bottom of the pie plate. 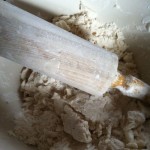 2) Grind the ham and onion together. Place in the pie plate. 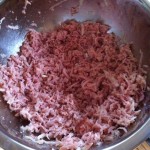 3) Beat the eggs and milk together. Pour half of the mixture over the ham & onion. 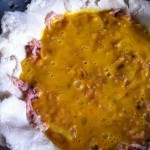 4) Arrange the sliced potatoes over top of the ham & onion mixture. 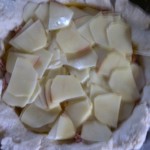 5) Pour the remainder of the egg mixture over the potatoes.

6) Salt and pepper the top of the potatoes.

7) Top the potatoes with the second pie crust. Poke the pie crust with a knife to vent. 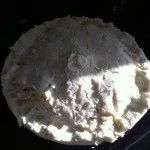 8) Bake at 400 degrees for thirty minutes. Turn down oven to 350 degrees and bake for another 45 minutes. Test with a knife to see if the potatoes are done…and it’s done! 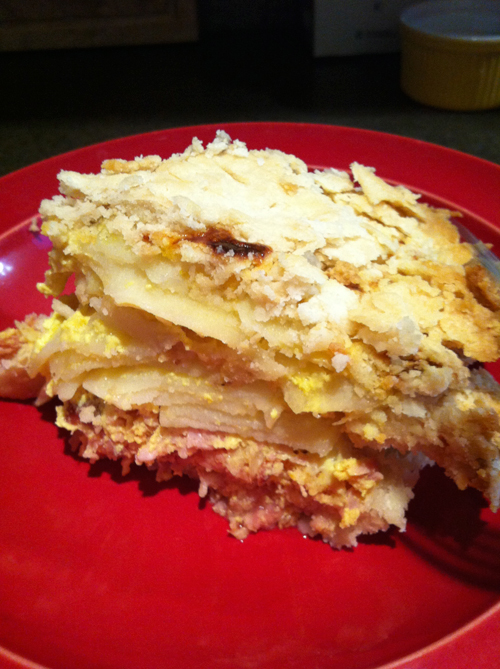 mmmm…..Slice and serve. Worchestershire sauce or home made chili sauce make an excellent accompaniment, with asparagus or broccoli.

The Rule of Love – 7 Easy Steps To Organize Your Life

Triumphant Wins and Epic Losses – This Week In The Studio