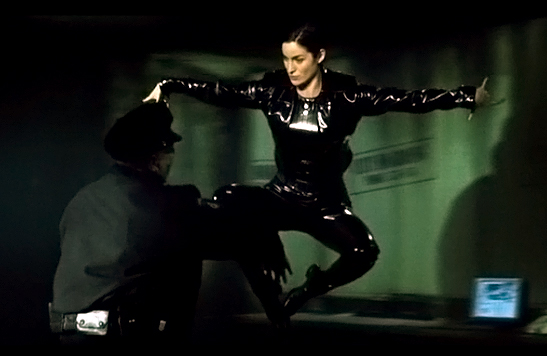 It’s New  Year’s Eve day, and I should be reflecting on my past year, reviewing the accomplishments and events, inspiring others to rally and focus their talents, supporting the Fab Four and #IdleNoMore, round-dancing at a local mall, getting big canvasses moved into a Leighton Colony Residency at The Banff Centre, prepping for the Gwaii Haanas exhibition in February and being excited about CAMP, my first solo show at a public gallery…..but I can’t. I have to focus on me and fight the battle of my life  and advocate HARD through a government system. Why does everything have to be so hard? I can’t get any satisfaction from the Alberta Education system – I guess I shouldn’t be expecting a better result from the medical system. I write to deal with it. If you don’t want to read about the Matrix and my sarcastic outlook on it at the moment, stop reading right here and go back to your cushy Candyland.

I’m pretty sure that some of this news will come to you as a shock. It sure has sent me for a head over heels tumble, and it’s not a pretty story and there’s no guarantee of a happy ending.

Less than two weeks ago, I had a mammogram and ultrasound, followed by a triple biopsy two days later that revealed I have invasive ductal carcinoma (breast cancer). Imaging how our holidays have gone, if you can. Out of the three tumours, plus calcifications showing in the general breast area, there is one in my lymph glands and that one scares the crap out of me. My own doctor’s office has moved swiftly and done as much as they can to get me as an urgent case into the “system” in Calgary at the Tom Baker Cancer Clinic…..but it’s going as slow as a slug crossing a warm banana peel.

I’ve had a CT scan locally here in Canmore – but I’m horribly allergic to the dyes they use for these types of diagnostic imaging, so the results aren’t as great as they would be for a “normal” person. So far, my lungs and spine are showing as clear, and the liver is a “pretty much clear” but recommending an ultrasound. Apparently now, only the specialist can order up the further diagnostics required and get things going. I’m holding onto the story they gave me that this hasn’t spread any further…yet…but I feel like I’m lying to myself, and I don’t lie well.

Typical to Alberta systems, they’re a mess – they’re okay when things are “regular” but go out of the “regular” by say…throwing in a few holidays for doctors, and a few more cases than usual and you’re shit out of luck in the speed department to get an invasive spreading cancer taken care of. Apparently, the breast care clinic section of the Tom Baker Cancer Care Clinic handles it all from here. The rub is…they don’t seem to care too much about my breast right now. There are other breasts in the system and they don’t have enough doctors to handle all the boobs – they’re on holidays. Truly. Alberta seems to have a “quota” of how many severely diseased breasts and cancers they can serve at any one time.

WTF!!!! Am I supposed to make a reservation ahead of time???? This is URGENT.

The referral from my doctor went through last Thursday, December 27th to the Tom Baker Clinic. You would think someone could get back with an appointment time within 48 hours. Nothing. My GP suggested I call them. I did. I got hold of a nurse, after navigating three times through their phone system – to leave a message. They return calls four times a day. Nurse Ratchet called back on her next “round” to say basically, “I wasn’t a priority. I just had inflammatory breast disease. I must be in shock, but you could go years with this so don’t worry. You’re overreacting” There have been very few time in my life that I’ve been speechless or wanted to slap someone. This was one of them. It was like hearing some recorded alien at the end of the phoneline, totally disconnected from the conversation I was trying to have.

I realized Nurse Ratchet wasn’t really listening to me and there wasn’t much more use having this conversation. I told her she needed to review the reports and then told her that I would have my GP’s office call them to ensure they had the right information on Monday morning, as SURELY there must be a big mistake somewhere. This morning, my doc’s office made that call….left a message….waited for a call back and then called me to let me know that indeed….the boob surgeons were on holidays and they had received a number of ‘urgent’ cases in a short period of time.

So…they are saying that they are booking after January 15th right now…but my question is…how far after the 15th?

I still don’t have an appointment. They’re still not saying!

How incredibly stressful this is. Am I going to be living a month with this ugly cancer before I even see a doctor who can do something about it and start the process for a treatment path? What is going on with your systems, Alberta? Capacity issues? Holiday partying….or more sinisterly…..is this the slowdown in service as the province and the doctors continue their 20+ month negotiations?

If it is….and I get sicker because of this slowdown, whether it’s due to capacity, or Doctor holidays, I swear to God there will be hell to pay, and I’ll be looking at Alyson Redford and the Alberta Medical Association to answer to my family. Because..AMA….if you’re “advocating for patient’s first”, you’re doing a shit job in my books right now.

I have a knife, I know anatomy, I can sculpt and sew…I’m not afraid to do this on my own if I have to. After all…this is the western frontier  and Alberta is OH so innovative. (gag)